The earliest documented puzzles were riddles. These were taken very seriously by some people as you can see from reading the Bible. Greek mythology produced the Riddle of the Sphinx, and Homer reputedly died of frustration at being unable to answer “What we caught we threw away, what we could not catch we kept”.

The Dark Ages produced many riddles and by 900 AD they were spiced with sexual innuendoes to throw one off course and elaborated with references to the words and letters of which the riddle was constructed. You can see this in Exeter Riddle Book commissioned by Leofric the first Bishop of Exeter who died in 1072.

The art of writing riddles is to tease the reader with clues that are both accurate and misleading. Think carefully about the nature of your chosen object. What are its characteristics?

A riddle is, of course, a verbal puzzle: an enigmatic statement, description or question posed by one person to another, or to a group, who have to guess the answer. We use the term loosely for more than one kind of puzzle. However, the riddle proper relies on imagery for its effect.

In an era when most people could not read, pictures were used to convey abstract ideas and much imagery in art appears to be puzzling to us today. In England today there are pub signs, originally used as an aid to the illiterate, but now one wonders what on earth made anyone choose the name: some were taken from the Coat of Arms of the local aristocrat, and these in turn may have been a visual pun, or rebus, on his name.

Why do they like trying to solve things – do they like to show that they seen through the ruse, understood the puzzle and riddle – whereas other people can’t.

Many word puzzles were produced combining the visual and riddling context into Anagrams and Acrostics. There is a book published in 1626 which contains Anagrams, Chronograms (where the capitalised letters are added together to produce the date of publication), and even a Triple Acrostic. Rebuses, in which pictures replace some or all of the words, were very popular in the 18th century; some are more puzzling today than when they were produced – from looking at a tiny picture, would you recognise a porter’s knot? The porter’s knot could be used to represent “not”. Some rebuses were really corny: a “snake” might be used to represent “Hiss” or “His” as in “His Royal Highness”!

The best riddles are enigmas wrapped up in a puzzle and shrouded in mystery. It is up to you to unravel the secret and solve the riddles. The best riddles are the ones that challenge your mind and require your ability to look beyond the words and if the riddle stump your friends that’s a bonus!

Years ago, a little riddle was developed which has caused many people to ponder endlessly for its solution. The origin of this riddle is unknown but it is probably the most frequently submitted riddle with no solution and because of this, we offer here what we think is the best solution.

To understand the “GRY” riddle, it is essential that you accept that riddles are simply brain teasers using word tricks. To be a riddle, there must be a trick in the wording or usage of words in the riddle.

A riddle is not generally answered by a fact or information found in a reference book. Also, a riddle often uses a trick from magic – that is, misdirection – some of the words are there to mislead you to thinking about something else.

So, what is the riddle here? What is the puzzle? If the above is NOT the correct version, what is?? The following is the “GRY” riddle: 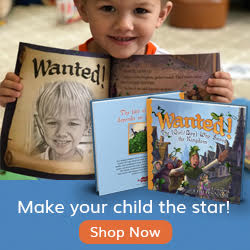 “Think of words ending in -GRY. Angry and hungry are two of them. There are only three words in the English language. What is the third word? The word is something that everyone uses every day. If you have listened carefully, I have already told you what it is.”

OK, now let’s take this riddle apart and solve it as a riddle. Remember, that a riddle has a trick with the words or usage of the words. The trick in this puzzle is misdirection. There are words here that are meant to mislead you and they do just that.

The first two sentences in the puzzle have nothing to do with the question being asked: “Think of words ending in -GRY. Angry and hungry are two of them.” Ignore these two sentences. They are there to mislead and distract you. Works doesn’t it?

Now, what is left is the “meat” of the riddle: “There are only three words in the English language. What is the third word? The word is something that everyone uses every day. If you have listened carefully, I have already told you what it is.”

OK, now you’re saying, “That can’t be it; too easy!!” But remember what a riddle is and that the “GRY” riddle is a riddle – NOT a trivia question.

A puzzle is a game, problem, or toy that tests a person’s ingenuity or knowledge. In a puzzle, one is required to put pieces together in a logical way, in order to arrive at the correct solution of the puzzle. There are different types of puzzles for different ages, such as crossword puzzles, word-search puzzles, number puzzles, or logic puzzles.

Puzzles are often devised as a form of entertainment but they can also arise from serious mathematical or logistical problems. In such cases, their solution may be a significant contribution to mathematical research.

Solutions of puzzles often require the recognition of patterns and the creation of a particular kind of order. Sometimes not because of how complicated and diagonal the pattern can get.

By the early 20th century, magazines and newspapers had found that they could increase their readership by publishing puzzle contests.

Tabletop and digital word puzzles include Bananagrams and Scrabble. Wheel of Fortune (U.S. game show) is a game show centered around a word puzzle.

Jigsaw puzzles were created around 1760, when John Spilsbury, a British engraver and cartographer, mounted a map on a sheet of wood, which he then sawed around the outline of each individual country on the map. He then used the resulting pieces as an aid to the teaching of geography.

After becoming popular among the public, this kind of teaching aid remained the primary use of jigsaw puzzles until about 1820.

A combination puzzle, also known as a sequential move puzzle, is a puzzle which consists of a set of pieces which can be manipulated into different combinations by a group of operations.

The puzzle is solved by achieving a particular combination starting from a random (scrambled) combination. Often, the solution is required to be some recognisable pattern such as ‘all like colours together’ or ‘all numbers in order’.

In the unsolved condition colours are distributed amongst the pieces of the cube. Puzzles like the Rubik’s Cube which are manipulated by rotating a layer of pieces are popularly called twisty puzzles.

Although being mostly used for entertainment and comedy purposes, sleight of hand is also notoriously used to cheat at casinos and gambling facilities throughout the world.

Common ways to professionally cheat at card games using sleight of hand include palming, switching, ditching, and stealing cards from the table. Such techniques include extreme misdirection and years of practice.

For these reasons, the term sleight of hand frequently carries negative associations of dishonesty and deceit at many gambling halls, and many magicians known around the world are publicly banned from casinos, such as British mentalist and close-up magician Derren Brown, who is banned from every casino in Britain.

Detective fiction is a subgenre of crime fiction and mystery fiction in which an investigator or a detective—either professional or amateur—investigates a crime, often murder.

The detective story is a kind of intellectual game. And for the writing of detective stories there are very definite laws—unwritten, perhaps, but nonetheless binding; and every respectable and self-respecting concocter of literary mysteries lives up to them.

A majority of detective stories follow the “whodunit” format. The events of the crime and the subsequent events of the investigation are presented so that the reader is only provided clues from which the identity of the perpetrator of the crime may be deduced. The solution is not revealed until the final pages of the book.

In an inverted detective story, the commission of the crime, and usually also the identity of the perpetrator, is shown or described at the beginning. The remainder of the story then describes the subsequent investigation. Instead, the “puzzle” presented to the reader is discovering the clues and evidence that the perpetrator left behind.